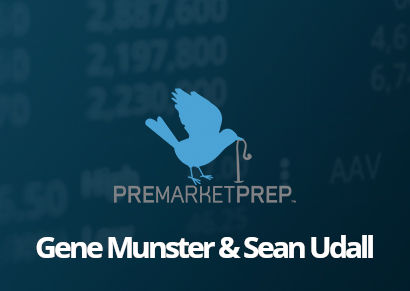 While many traders are looking for economic reopening stocks to buy in a post-pandemic world, the so-called big tech FANG stocks will be facing extremely difficult year-over-year comps in coming quarters.

“They pulled numbers forward,” Udall said. “I think they may be more susceptible to, let’s say, a stall period…All the tech stocks are coming into a period of tough comps.”

Netflix is one stock that enjoyed a tremendous pandemic tailwind, but the stock is up more than 11% in the past three months on investor optimism about international expansion. Udall said he’s not a fan of Netflix given its rising content costs and growing competition in the streaming space.

“I just don’t like this stock. Of the biggest Nasdaq stocks, I think it’s the most expensive. I think it might be most prone to disruption. Maybe disruption is already happening,” Udall said.

“For these megacap tech stocks to continue to work, you need big [growth] curves to ride, and they don’t have it,” Munster said.

But while Netflix may struggle to generate pricing leverage among a slew of competitors, Munster said online advertising giant Alphabet has plenty of pricing power. In addition, Alphabet is making some interesting bets with tremendous potential upside.

“Waymo is probably the biggest lever in that, and then Calico within [human] longevity. It’s not exciting. I think it’s maybe slightly more exciting than a Microsoft Corporation (NASDAQ: MSFT) type of investment and one that I think is just going to continue to be a sleepy performer,” Munster said.

Udall said Alphabet is the cheapest of the big tech growth stocks.

“Of all the stocks I regret selling, Google is probably one of the biggest regrets of stocks I’ve ever sold,” Udall said.

Another major area that has been shaken up by the pandemic is the residential real estate industry. Munster said there could be a massive long-term buying opportunity at some point among beaten down stocks like Opendoor Technologies Inc (NASDAQ: OPEN), Zillow Group Inc (NASDAQ: Z) and Redfin Corp (NASDAQ: RDFN).

“I am a believer in ibuying. I think it’s how people want to transact. I’ve never sold my home through ibuying. It’s about a half of a percent [fee]. But the research we’ve done, if you’re under 40 years old, the likelihood that you would sell via ibuying is 70%,” he said.

“I like all of them. Probably the only reason I don’t own Zillow is because I already own Redfin and OPEN,” he said.

Finally, Udall and Munster discussed Tesla Inc (NASDAQ: TSLA) and whether or not its $770 billion market cap is justified.

“What does Tesla do when they finally have viable competition?” Udall said, adding that he has a small short position in Tesla.

Munster has been extremely bullish on Tesla for years.

“I just believe that they have a product that’s just so far ahead. Yes, they will lose market share. Let me just make that clear. But as we fast forward to where the company can be, I’m in the camp that they are going to be successful outside of cars,” Munster said.