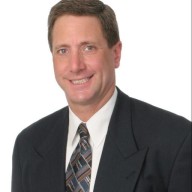 Joel’s introduction to trading was in the Standard and Poor’s 500 Index futures pit at the Chicago Mercantile Exchange. During his time at the CME, he was involved in Index Arbitrage as well as trading foreign currency futures and options. From 1994-1999, he was a proprietary trader for Olde Discount Corporation. Following his tenure at Olde Discount, he founded the Detroit office of Bright Trading, LLC. Since 2003, Joel has been an independent trader researching and developing proprietary indicators and trading systems for the equities and futures markets. In 2007, Joel joined JC Trading Group as a Market Consultant and trading supervisor.

by Joel Elconin in Uncategorized

by Joel Elconin in Uncategorized

Learning from the Icahn Bubble

With the broad market making new all time highs, almost on a daily basis, one issue far from its all time high is Icahn Enterprises LP (NASDAQ: IEP).  Since catapulting to 149.77 on December 9th, the issue has declined  to 113 and shows no sign of reversing course.

All of this taking place with many of Uncle Carl’s top holdings trading at 52 week, multi-year, or all time highs.  For example, his well publicized purchases of Apple (NASDAQ: AAPL), Herbalife (NYSE: HLF) and Netflix (NASDAQ: NFLX) have made incredible moves, aided by Tweets revealing his investments in these issues.

Since the IEP share price is not following his stable of investments, there must be another reason for the precipitous decline in its price over the last 13 trading sessions.  That reason – the “Icahn herd” is getting taken to the cleaners.  Investors looking to emulate his performance simply piled into the issue with reckless abandon.

Obviously, these uninformed investors paid little or no attention to IEP’s Net Asset Value (NAV) which was approximately $75 as of November 30th.  Simply stated, the “herd” was paying up to double the NAV to “rub elbows” with the biggest star on Wall Street.

Of course, IEP should be afforded some sort of premium because of Icahn’s stellar performance, but paying double the NAV for any issue seems a bit ridiculous.

Keep in mind, IEP is still up 250% for the year, far outdistancing the broad market, so any further pullbacks for the issue can be construed as healthy.  However, the herd that joined the party a little bit too late is significantly under water here.

Perhaps once the weak hands are finally forced out, which may be near the major support level of 110, IEP may resume its rally.  However, this journey north, if it indeed does take place, may be greeted with many more sellers than on its first occasion.  The reason for this being that buyers that got burned the first time, will be utilizing any rallies to exit the issue.

It is a dangerous game chasing stocks because when the momentum swings the other direction it can get ugly in a hurry.   With the 7% pullback in Twitter (NYSE:TWTR) today, you wonder if the trading herd is caught again?

The Calm Before the Storm?

On many occasions, significant moves in the market occur after a period of consolidation.  Consider the recent trading action in the S&P 500 Futures.  The index had a significant period of consolidation back in mid-November when the contract posted four of five closes between 1765 and 1767.50.  Once that area was cleared on November 13th (1778.75), the index reached 1800 only four trading sessions later.

At this time, the index has posted five consecutive closes within a three point range from 1801.25-1804.25, which is rare in this volatile trading vehicle.  This area should act as major support early in this week’s trading, and could be the base to catapult the market higher (since it is hard to argue the trend is anything but up).  However, if this 1800 level is breached, a much overdue significant correction could take place, taking the contract down to the 1775 level and perhaps even as low as 1735.  It is critical that this market hold the psychological 1800 level this week.

Looking for Gold in Goldencents

Being a big-time University of Michigan sports fan can create conflicts in your life.   For example, it severely limits the colors in my wardrobe as I do not want to resemble in anyway whatsoever, or promote the colors of any of my hated rivals.  Also, it can be a factor when handicapping other sporting events I closely follow such as the Kentucky Derby.

So you may be asking how does my allegiance to Michigan sports create a conflict for me in handicapping the Kentucky Derby?   Let me explain.  In the past, I have favored the winner of the Santa Anita Derby (especially if he is a long shot) as my choice for the Kentucky Derby.  And this year’s winner, Goldencents, is partially owned by none other than Rick Pitino, who just recently led his Louisville Cardinals to a hard fought victory over my Michigan Wolverines in this year’s NCAA Basketball Championship Finals.  So, do I sit out this year’s Derby and cheer for every other horse in the race? Or do I put my biases aside and rely on my handicapping skills?

Let’s examine the top contenders along with Goldencents to determine the appropriate betting strategy for the first leg of the Triple Crown.  More times than not, a winner from one of the major prep races before the Derby (Wood Memorial, Arkansas Derby, Florida Derby and Santa Anita Derby) will be the eventual winner.

The only horse entering the race with a perfect record is the winner of the Wood Memorial, Verrazano.  Being hailed as perhaps the next super-horse, the colt may go as the favorite.  In addition to his victory in the Wood Memorial, Verrazano galloped to victory by 3, 16 and 8 lengths in his three previous starts.  Veteran trainer Todd Pletcher (trainer of 2011 Derby winner Super Saver), will have the colt and jockey well prepared for the longer distance and large field.  However, being the favorite in the Derby is not always a good omen, as the chalk rarely wins the race.  In fact, going back to 1979 only five favorites have gone on to win the Kentucky Derby.  With that being said, I will use him in some combinations with some other long shots.

One of the four other stablemates of Verrazano, Overanalyze, was the winner of the Arkansas Derby.  Although he coasted to over a four length victory, very slow fractions on the front-end allowed him to do so.  In the 21 horse stampede at the Derby, it certainly will not be nearly as easy to weave and bob from way back in the pack and coast to victory.  The eventual winner will need to be in striking distance by the half and ready to mount a challenge.  Also, his past performance reveals a pattern of losing a race following each of his four victories.  Since his last race was a win in the Arkansas Derby, I am predicting the pattern to hold true to form.  Once again, I may use him as a candidate for some combinations.

Orb, the winner of the Florida Derby, is the other candidate to go off as the favorite.  He has dominated the horses at Gulfstream Park over his last three starts, coupled with his four wide move in the stretch to win the Florida Derby by almost three lengths is impressive.  Once again, he was aided by slow fractions on the front-end and had plenty of kick to make his stretch run.  More importantly, he has the most outside post (16) of all the major contenders and will have to expend some energy to get in good position for a final move.  This stands in stark contrast to his usual come from behind style.  Finally, being one of the potential favorites makes him a less attractive horse to wager on.

So where does over-analysis leave me?  With the Santa Anita Derby winner and partially Rick Pitino owned Goldencents.  After reviewing his race in the Santa Anita, his jockey was able to call on his horse for a move a few times, before heading home for a strong run in the stretch.  With the Kentucky Derby being a long and grueling race, especially with a large field, the winner will need to be near the front end of the race and then have enough kick to make a stretch run.  If Goldencents can get a similar trip to his mount in the Santa Anita Derby, he may be the next candidate to win the first Triple Crown since Affirmed in 1978.